In view to resist the fast drifting of Pakistan towards a Taliban tyrannical, violent state : the Communist Party of Pakistan founded a progressive committee of  left progressive political parties (SPC-Sindh Progressive Committee ),which include WPP ,CMKP ,APP,JSM ,LBP and some other left progressive regional parties ,in order to combat forcefully for the rights of working class and raise joint voice and actions over series of  other currently burning  issues ,regarding prevailing absolute lawlessness ,sky rocketing inflation ,rising self immolations ,suicidal attacks ,target killings of the progressive political activists ,kidnaps of the religious minorities men for hi ransoms and theirs young girls forceful conversion to islam , heinous massacres of the Ahmadi and Shai muslim communities ,rising religious bigotry ,extremism ,talibanization ,demonization of indigenous cultural values and languages and capitulation of the state’s 3 most powerful institutions i.e. ,civil ,judiciary and military establishment ,into the hands of Jehadist mafia .
Today on 17th April ,2012 the SPC ( Sindh Progressive Committee ) organized a spectacular protest rally in Hyderabad  Sindh  expressing solidarity with the victims of Hindu minority community in Sindh on their plight of daily kidnaps for hi ransoms, brutal murders and their young girls kidnaps and then forceful conversions to Islam as well  demanding separation of religion from the affairs of state .
It was a peaceful protest rally demanding the state’s protection  ,equal treatment and equal rights for its all citizens irrespective of their religious ,ethnic and cultural backgrounds ,as ordained in the constitution of Pakistan and the charter of human rights to which Pakistan is also signatory .
In the middle, the peaceful rally was violently attacked with sticks ,guns ,axes steel bars by a gang of “Sunni Tehreek” workers ,to which the police authorities present at the scene were mere bystander spectator .
Dozens of the political workers sustained very serious injuries ,and as by luck ,they were attacked in front of the Hyderabad press club ,where  upon majority of the peaceful protesters rushed inside it for  taking  refuge .
Opširnije...
Komentar (0) Hits: 5414 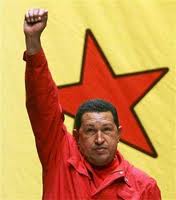 On a day like today, 2002, representatives of the most conservative sectors of the oligarchy, supported by some senior army officers, kidnapped the constitutional president ofVenezuelaand took power in the culmination of an intense destabilizing campaign waged months earlier.

Fierce persecutions against ministers and leaders of the Government and also against supporters of Chavez broke out immediately, while the then President of the Federation of Chambers of Commerce ofVenezuela(Fedecámaras), Pedro Carmona, took over the presidency.

In addition to minor economic interests of the conservative sectors affected by laws passed by the government, the promoters of the coup were essentially motivated by the interest of regaining control over the oil company Petroleos de Venezuela (PDVSA), nationalized by Chavez.

But the riot was short-lived, as when they learned of the kidnapping of the president, the Venezuelan people, and especially the people ofCaracas, performed a real rebellion which routed the coup and which on April 13 won the liberation of the President and his triumphant return to thePalaceofMiraflores. 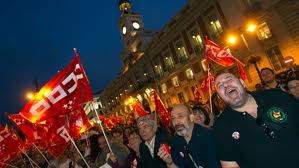 Why this Countrywide General Strike?

(Weekly Organ of the Communist Party of India (Marxist)

The working class of the country is gearing up for the all India general strike on February 28, the 14th general strike in the last two decades. The call for the general strike, on the basis of a ten point charter of demands, was given jointly by all the eleven central trade unions in the country.

It is for the first time in the history of our trade union movement that both the INTUC and the BMS have joined the other central trade unions to call for a countrywide general strike. In addition, many independent all India federations of workers and employees in different sectors like state and central government departments, defence, public sector undertakings, insurance, banks, telecom, road transport, port and dock and of medical representatives, etc have endorsed the strike call. Several

Information Service of the Communist Party of Serbia 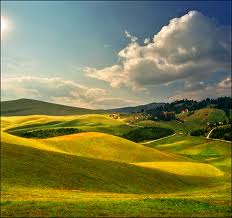 Today Serbia is a martyr`s country which is deprived of its own identity, its own territory, history, its moral vertical on which it has been built; of its own economic prosperity, because it is the will of the domestic scum that rules Serbia and of their Western masters, as well, and all this in the name of one big media-propaganda-economic illusion called the European Union. Only idiots that are leaders in Serbia and the fake opposition, as well, push Serbia into the EU, the inevitable end of which can easily be foreseen.

Serbian cleptomaniacs that rule Serbia and their assistants, the fake opposition, have the task to ease the illicit state of Kosovo of its labour pains on the grounds of every-day concessions. The horror, being evidenced by the existence of the Albanian lobby within Serbia, can in no way be justified. Various moral creeps advocating the recognition of the mafia and robber-like state of Kosovo should be prosecuted on the basis of high treason and instead of that, they are even allowed to get more and more aggressive in their intention of making Serbia recognize that “monster state”. They all would be brought to justice if only they were not just the same ones uttering what the Serbian cleptomaniac leaders have in mind. They are all harnessed in the direction of destroying Serbia as a state and of turning the citizens of Serbia into the slaves of the Western moguls.

With no exaggeration can we say that Serbia has undergone the downfall and that the creators of the economic policy has led the country to the edge of the precipice. The leadership, appointed by the Western plutocracy, is in fact the blind executor of its will. The worst form of ruling a country is just being imposed upon Serbia, and that form is a colonial system of the cleptocratic type. In that way the economic progress of Serbia has been made impossible. The former Yugoslavia was broken up because of the needs of the Western moguls for the creation of new colonial and vassal states upon the ruins of one serious state as Yugoslavia used to be. It was intended that Serbia become a colony occupied inside and outside. Serbian moguls, that is, their stupidity, ignorance and their evil intentions, managed to turn Serbia into an occupied country outside and also inside, with the aid of the installed marionette-like Serbian governments that work in the interests of their Western masters and against the interest of their own people and country. Without the help from the inside, the West could never manage to destroy Serbia. Not only is the coalition of parties in power, but a great majority of the parties in opposition, as well, under the complete control of the West; therefore, it is absolutely all the same which one of them, in the name of the West, rules Serbia. The outcome is always the same: the complete disintegration of the country, destruction of the economy, and of the citizens of Serbia, likewise.

Over the last few days, the media and representatives of certain governments traditionally committed to anti-Cuba subversion have unleashed a new campaign of accusations, unscrupulously taking advantage of a lamentable event: the death of an ordinary prisoner, which possibly only in the case ofCuba, is converted into news of international repercussion.

The method utilized is the same one as always: fruitlessly attempting, through repetition, to demonizeCuba, in this case through the deliberate manipulation of an incident which is absolutely exceptional in this country.

This so-called political prisoner was serving a four-year sentence after a fair legal process during which he was at liberty and a trial in accordance with the law, for a brutal physical attack on his wife in public and violent resistance to arrest by police agents.

This man died from multi-organ failure due to an acute respiratory infection, despite having received appropriate medical attention, including specialized medication and treatment in the intensive care room ofSantiago de Cuba’s principal hospital.